How long have you had the plant? 1 to 6 months

One of the lower leaves turned yellow and as I tried to remove it, 3 small leaves came with it. It does have roots though.

I have no idea what to do, so in the meantime I planted it in the correct soil, however it does not have any shield fronds. Is this a problem? 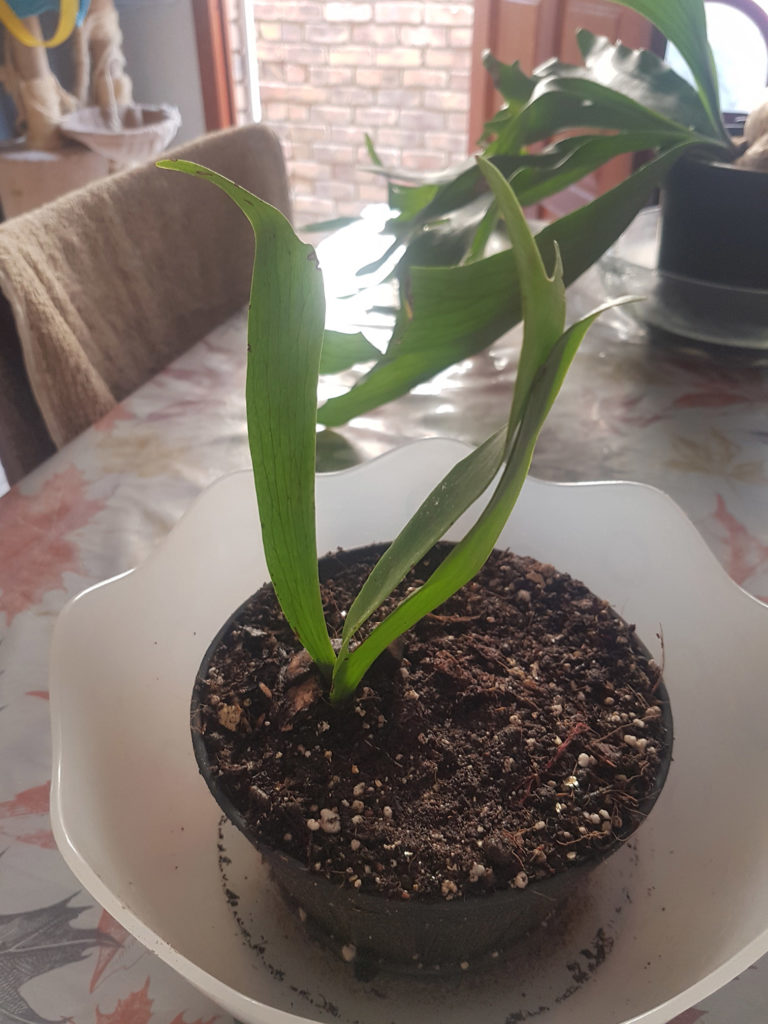 How do you determine WHEN to water? I wait for the soil to become about halfway dry

Describe HOW you water: fully soak the soil and bottom-watering

What fertilizer (if any) do you use? I recently started using worm castings

Environment | Effort | Expectations
At this distance from a window this size, I would estimate the indirect light levels to be 50 to 100 FC most of the day, which will not be enough to produce satisfactory growth of a staghorn fern.  You might be able to get in the 200-400 FC range right in front of that window without the curtains.

Your watering strategy sounds good for this plant.

The pup looks fine – it does not require a shield frond initially as long as there is a good root system.  With good light (at least above 200 FC most of the day) and watering/fertilizing, a new shield frond will grow but it will take several months before it appears.  Be patient – when I first mounted my staghorn fern, a new shield frond didn’t start growing until 3 months later at 400-800 FC light levels (I had a skylight).

Want to learn what’s actually important in houseplant care?  Learn from my course.

Tired of your houseplants dying on you?

Sign up and I’ll do my best to help them live their best lives!